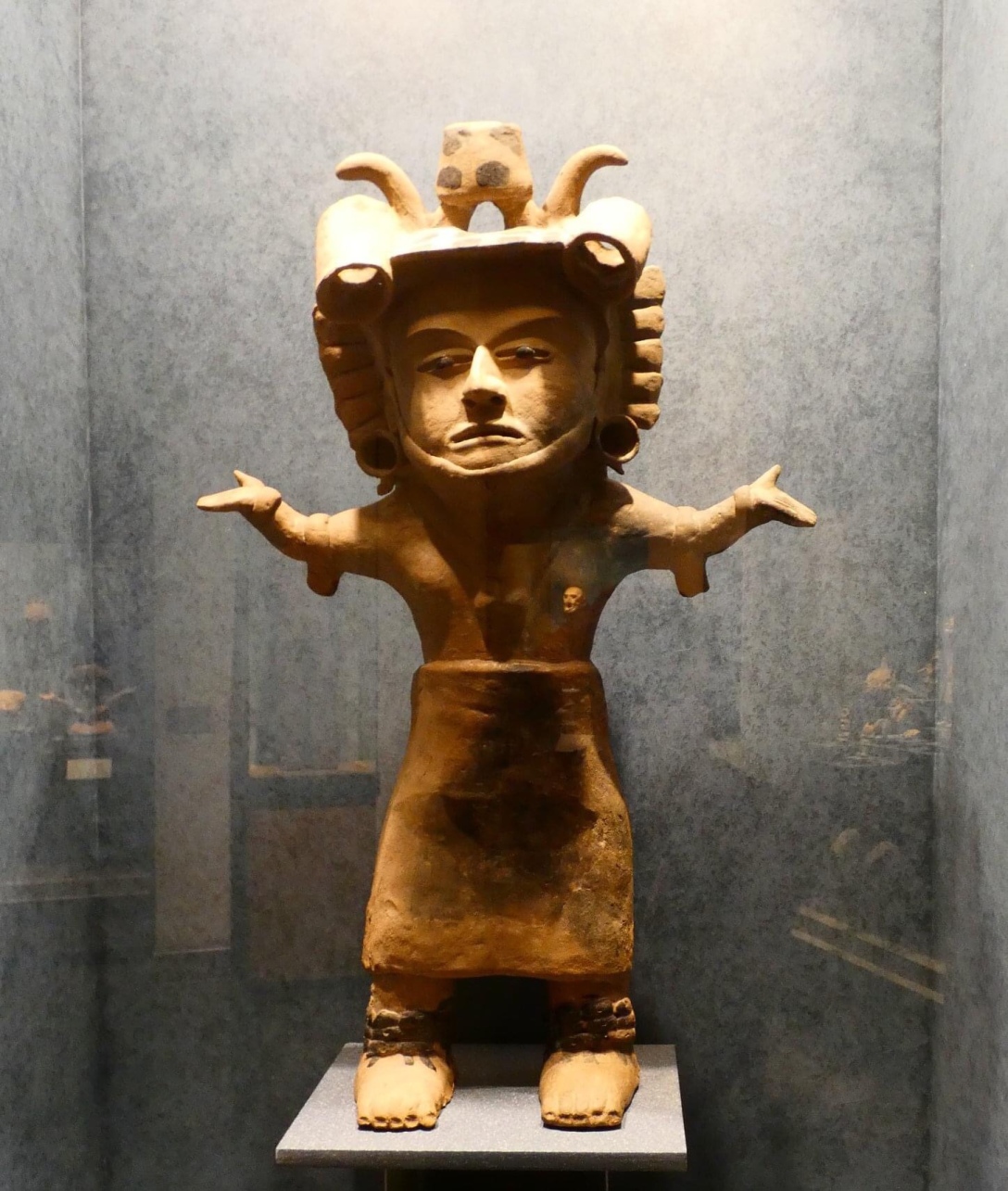 Travel is currently a state of mind rather than a reality. I am spending this month travelling back in time and place in alphabetical order. And today we reach the halfway point of the alphabet.

M was a tough choice – there are lots of places starting with M! But which one to choose? Munich, Mostar, Malacca… I though about writing about my time living in Moscow, but I’ve done that before.

But I have picked Mexico City from a trip a few years ago. Mexico City is one of the highest capital cities in the world; when it hosted the Olympics back in 1968, athletes had to arrive early to adapt to living 2km above sea level. I’m not an athlete but I noticed the altitude because I found myself gasping for breath walking the 20 or so steps out of the metro. I also found my skin dried out more rapidly than usual.

For a tourist, Mexico City offers many sights. We stayed in the downtown office area, which wasn’t super exciting and walking along the nearby Av. Paseo de la Reforma, you could be in any high rise office district in the world. But you can travel easily to several sights around the city by public transport.

A metro and a walk (or you can probably take a taxi from your hotel to avoid the walk) and you can visit the home of Frida Kahlo, as we did on our first day. But do book online in advance! We did not do this and stood outside in the sun for over an hour in the queue to get in. But it was worth it. I’m not a huge fan of her work but I loved seeing her artist studio with its tubes of paints still in place, and the mirror she used for her self portraits. Even the kitchen and her household files were wonderfully decorated. And there was an extra display of Frida’s clothes. From here we walked down to the Mercado de Coyoacan for a late lunch, and our happy first taste of Mexican food. It was a Sunday and the area was busy with people out and about and a band playing in the park. A lovely relaxed introduction to Mexico City.

Tak a metro and a bus and you can travel back in time to the Aztec period, visiting the ancient city of Teotihuacan with it’s long avenue and steep temple structures. This is some way out of the city (and you realise just how big Mexico City is with its 8.8 million citizens) but the journey is worth it.

Chapultepec Park is another destination that could swallow up a whole day, containing as it does a zoo, several museums, and lots of green space (at a premium in this city). One museum I must recommend whole heartedly is the Anthropological museum. If Mexico City is your first stop on a tour of the country, then this should be on your list as it provides a thoroughly engrossing history lesson on Mexico’s various cultures, and will be good prep work for you before you head off to see other sites around the country. We were in there for hours. My one suggestion would be if you’re in Mexico City for any long stretch of time, investigate if they do 2- or 3-day passes, and come back and visit in several stages, as one big hit can be too much to take all at once.

In the central city, a visit to the vast Zocolo square is worthwhile. The size of the space makes you feel small. But if you want to feel tall, nearby is the Torre Latinoamericana, Mexico’s tallest building from its construction in the 1950s until 1982. If being neither tall nor small but entranced by artworks is more your thing, then visit the Palacio de Bellas Artes and enjoy not just the lovely interior of the building but the famous murals. People come for the murals by Diego Rivera but I much preferred the one by Jorge González Camarena.

(And art lovers, while you’re at Chapultepec park, check out the Museo de Arte Moderno; again another gorgeous and architecturally interesting building – and the artworks are probably worthy of your attention too.)

We got around mostly by metro. You can tell a lot about a city by its public transport. Metro stations in the city centre seem to all have mini bakeries in them, which can be a great help if you’re heading back to the hotel after a long day of sightseeing and just want to sit in your hotel room with your feet up and munch on a savoury pastry or sweet doughnut. (I like doughnuts.) But it’s also useful if you need to grab snacks on the go. The metro also has mobile vendors – people who make their way through the carriage selling things like ear bud headphones or batteries or small portable fans. And while the correspondences at some interchange stations involve long walks, there are usually interesting and/or educational displays to divert your attention from all that walking – like the temple ruins and the space tunnel. You could even plan a mini-metro tour to visit the most interesting stations.

Maputo, Mozambique: a double M! Mozambique is not a country high on the must visit list for many people, and it would have slipped under out radar but for having friends who moved there. Now, if anyone had told me back in school when we were considering careers that teaching didn’t have to mean teaching students in my home town but I could become a teacher at an international school, living in strange and exotic places, then maybe I would have had a stronger consideration for the occupation.

We had a few days in Maputo, and coming from South Africa, where the security guard wouldn’t let us leave our hotel on foot at night, it felt safe. It’s a developing city in a developing country and there is a mix of wealthy and not so wealthy areas, but they seem to coexist side by side relatively peacefully. The city has a wide beach that is thick with grilled chicken stands on weekends. You can also see the importance of trade for this mineral rich country, as Maputo has a new port, and large ships like this one are frequently seen on the horizon, coming and going.

Maputo downtown has a mix of buildings from several eras, including a building designed by Gustave Eiffel, he of the tower fame. But it’s this Beaux-Arts train station that must hold a place of special pride, featuring as it did in a list of the Top 10 most beautiful train stations in the world according to Galerie Magazine.

Downtown is modern too, as this complex for the Banco de Mocambique shows. I didn’t realise at first, but the smaller red/gridded building is a car park.

Although Mozambique has colonial links to Portugal and Portuguese is still widely spoken, English is also gaining traction (Mozambique joined the Commonwealth in 1995 despite having no colonial links to the UK) and – due to the importance of those trade links and source of investment in the country – Chinese is also being taught in some schools.

Mozambique is a difficult country to get into – it’s one of those places that requires an invitation letter to get a visa – and so we were lucky to have that small window of opportunity to visit while our friends were there. The amount of new construction going on was a sign of how quickly things are changing – if I went back again in five years I might not recognise the place, either physically or its character.

Travel wish list: One day I would like to visit Madagascar: for the baobabs, for the meerkats, but mostly for the penguins.